A digital journey behind every picture: Jimmy relaunches the widely celebrated book Before They Pass Away

Step into the world behind every picture and join Jimmy to meet the world's most iconic Indigenous cultures. 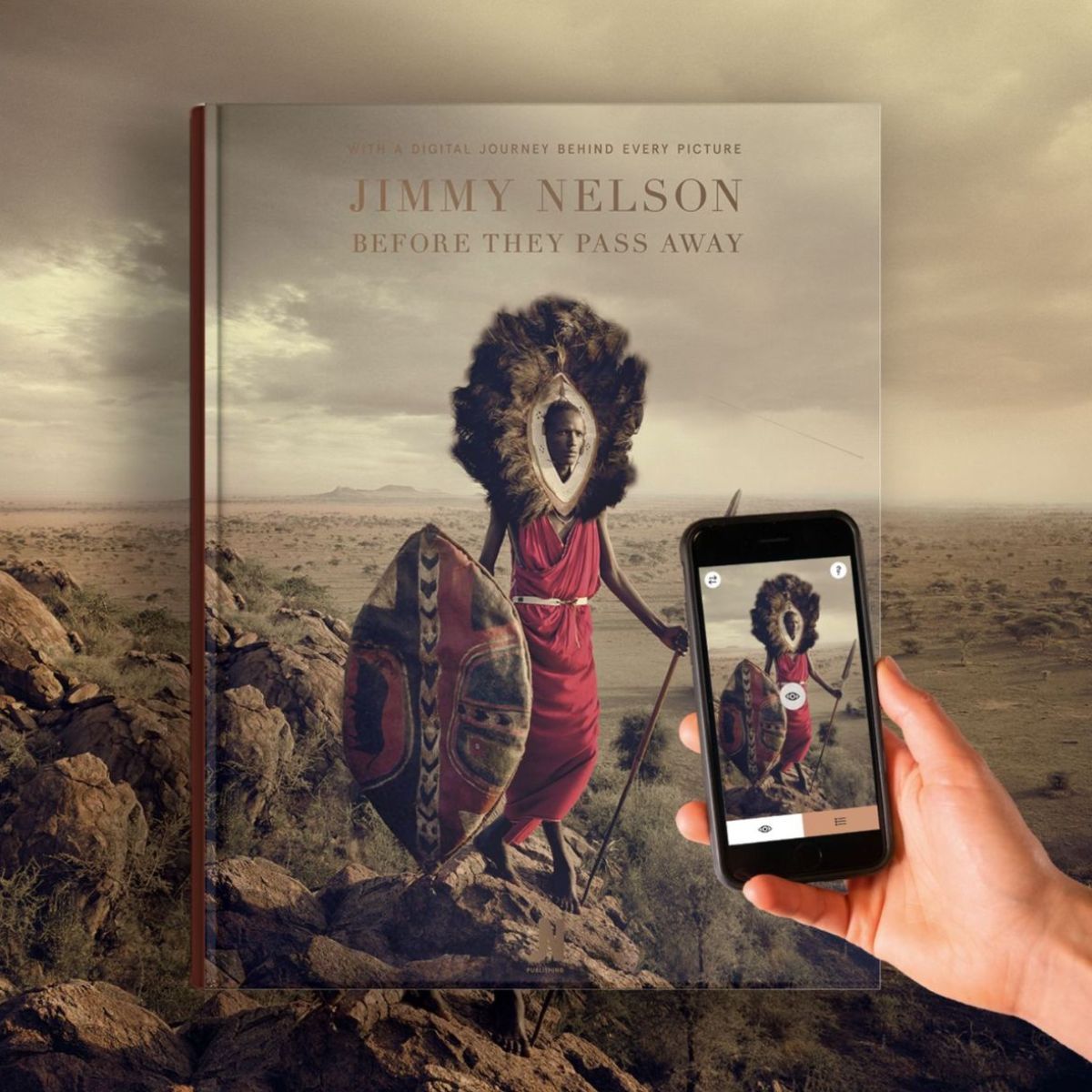 All 380+ pictures in this book are scannable with the free award-winning Jimmy Nelson App, revealing unique video footage behind every single picture, uncovering breathtaking day-to-day insights from around the world.

Ready to travel the world?

On October 1st 2020, Jimmy relaunches Before They Pass Away (2013). This book shook up the world, opening a dialogue about all our futures. With advances in new technology, the book has transformed into a digital travel experience. Now every picture in Before They Pass Away is scannable with the free Jimmy Nelson App, revealing unique video content behind every picture.

With this new edition of Before They Pass Away (2020), including new unpublished images and new insightful texts, the artist Jimmy Nelson takes you on a new and extraordinary journey, visiting Indigenous communities dotted across five continents. Before They Pass Away will reveal an intimate insight to the peoples of over 35 iconic cultures from around the world. You will become captivated by natural and magical realms, filled with ancient tradition and wisdom. From the Milgis Mountains with the Samburu in Kenya to the Kazakhs on the dry, isolated vast plains of Mongolia. The images are fascinating, if slightly unsettling and transcend rich cultural prosperity, symbolism and pride in the face of the looming threat of modern society.

"Ever since the initial publication of BTPA in 2013, I have been looking forward to the day that it would be technologically possible to share the digital content behind every picture. With the Jimmy Nelson App this is now achievable with all of my books. Now everybody is able to join me on a the journey of human and cultural discovery with some of world's last Indigenous communities living in harmony with themselves and the natural world."

For more information and purchase on the new book go to www.jimmynelson.com/btpanew. 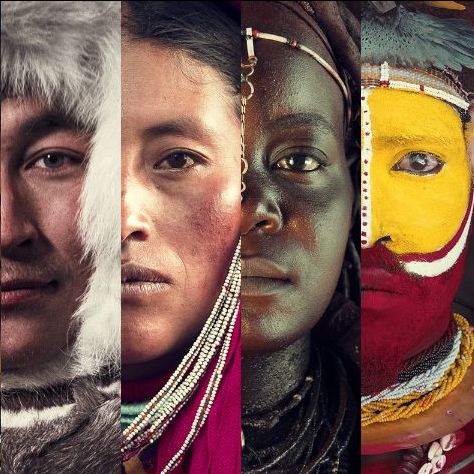 "When you look at people- whether they are the Huli from Papua New Guinea, the Mursi from Ethiopia or even oneself- look beyond and do not judge. Often the truth is far different from what the eye beholds." 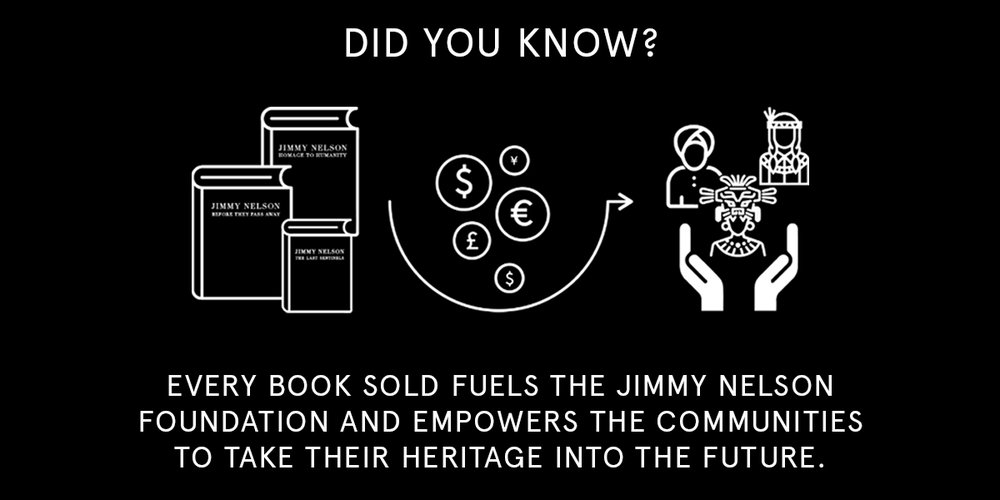 The Jimmy Nelson Foundation is founded with the mission to safeguard the world's last Indigenous cultures and share their valuable wisdom with the world. As cultures are rapidly changing through time, and the world's cultural diversity is at risk, now is the moment to act. The JNF supports Indigenous communities in preserving and passing on their traditional heritage and knowledge by investing in local reciprocity projects, for now and generations to come.

For more information on the Jimmy Nelson Foundation, visit www.jimmynelsonfoundation.com.

With the free Jimmy Nelson app, you will be able to scan every image of Jimmy Nelson you come across with your smartphone. The Jimmy Nelson App goes beyond the book: it will not only recognize every Jimmy Nelson picture of Homage to Humanity and Before They Pass Away, but also of Cult-ED, social media, exhibitions, magazines, websites and so on. Scanning the image will reveal unique video footage behind every single picture, enabling you to step into the world behind the image.

Join Jimmy on his journey by using the Jimmy Nelson App with this book and meet 35 of the world's most iconic Indigenous cultures.

For more information about the Jimmy Nelson App, visit www.jimmynelson.com/btpanew. 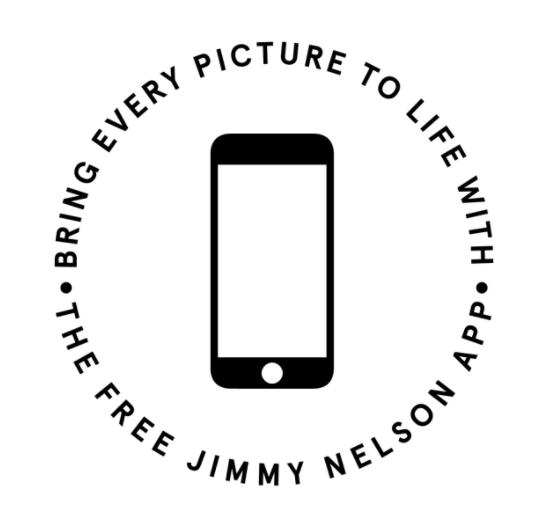 For more media on the new book and Jimmy Nelson click here.

Jimmy Nelson (UK, 1967) started working as a photographer in 1987. Having spent ten years at a Jesuit boarding school in the North of England, he set off on his own to traverse the length of Tibet on foot (1985). The journey lasted two years and upon his return his visual diary, featuring revealing images of a previously inaccessible Tibet, was published.

Soon after (1987) he was commissioned to cover a variety of culturally newsworthy themes for many of the world-leading publications ranging from the Russian involvement in Afghanistan and the ongoing strife between India and Pakistan in Kashmir to the beginning of the war in former Yugoslavia.

In early 1994 he and his Dutch ex-wife Ashkaine Hora Adema produced Literary Portraits of China. A coffee-table book about all indigenous cultures in China and their translated literature. From 1997 onwards, Jimmy undertook commercial advertising assignments for many of the world’s leading brands. Meanwhile, he spent his whole life accumulating images of indigenous cultures.

In 2010 he began his journey to create the artistic document that became Before They Pass Away, which was published in October 2013. Its success and the responses to it have enabled and encouraged Jimmy to continue this journey. In October 2018, Nelson published the first interactive book Homage to Humanity, for which he visited another unique 34 indigenous cultures around the globe. The book is accompanied by the 2019 Webby Award-winning mobile application that makes it possible to scan every image in the book and bring them to life with exclusive films, interviews and 360 ̊ film material. This allows people to see the making of the work and to understand the process behind it.

Today Jimmy is using an 8x10 analogue plate camera to bring the project to its next level. Jimmy strongly believes that if you change the way you look at people, the people you look at change. And if that change is powerful enough, it will gather momentum to affect the whole of humanity. A message that today he is promoting through talks at international conferences and museum exhibitions. With the proceedings of his art projects, the Jimmy Nelson Foundation was set up to take it a step further in supporting the communities on the ground.

‘THE POWER IN EMOTION’

To celebrate International Women’s Day, Jimmy asked his heroines, Angela Fisher and Carol Beckwith to curate a virtual exhibition exclusively about women. The exhibition, ‘The power in emotion’ invites us to celebrate women all around the world radiating through Jimmy’s lens. A homage to the way women resourcefully combine power and sensibility, and an invitation for men to get back in touch with the emotionally open part of themselves that holds the rewarding inner lives that have historical...
11 Jan

As the art world continues to adapt to our new virtual reality, the Jimmy Nelson art gallery is a digital art platform that offers the real – yet unreal – deal. By opening up this digital space, Jimmy Nelson hopes to lower the barrier that exists in visiting art galleries. By creating an online space where everybody, on a global level, can discover and enjoy his iconic artworks in an innovative way, Jimmy Nelson wishes to spark a new inclusive art wave, in which accessibility for all is key.
19 May

From the 9th of June until the 10th of July 2021, the acclaimed artist Jimmy Nelson will take up the space of Atelier des Lumières for a second time. A breathtaking art show combining photography, film, animation, and sound will invite the visitor to follow the footsteps of Indigenous peoples and to celebrate them as our new role models. 'The Last Sentinels' is a 40-minute immersive experience that reconnects visitors to themselves, others, and the planet. This is all-encompassing art with a ...
24 Sep

From 16 to 31 October 2020, the acclaimed artist Jimmy Nelson will take up the space of Atelier des Lumières for a breathtaking art show combining photography, film, animation, and sound. 'The Last Sentinels' is a 40-minute immersive experience that reconnects visitors to themselves, others, and the planet. This adventure will invite the visitor to follow the footsteps of Indigenous peoples and to celebrate them as our new role models.
14 Sep

From 16 to 31 October 2020, the acclaimed artist Jimmy Nelson will take up the space of Atelier des Lumières for a breathtaking art show combining photography, film, animation, and sound. 'The Last Sentinels' is a 40-minute immersive experience that reconnects visitors to themselves, others, and the planet. This adventure will invite the visitor to follow the footsteps of Indigenous peoples and to celebrate them as our new role models.